15 Day Book Blogger Challenge: Day 4, “What was the last book you flung across the room?” 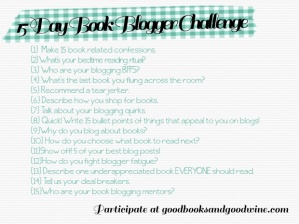 The last literary projectile I fired was a Lee Child “Jack Reacher” novel. It was fine–I had no quarrel with the book. I just had a med-induced rage spike and had to throw something. Being as it was a Jack Reacher novel, it stormed back across the room and kicked my ass.

B.A. in Literature, Minor in Film Theory and Criticism, thus meaning all I’m trained is to write blog posts here. Neptune is my favorite planet–it vents methane into the solar system like my brother does. I think Chicken McNuggets look like Pennsylvania, Illinois, and Indiana. There are times when I’m medicated, which is why I wrote about McNuggets. Buy some today and tell me I’m wrong! Anyway, Beyond that: mammal, Floridian, biped.Good Night, and Good Luck. Besos, tom
View all posts by tom →
This entry was posted in et ordure. Bookmark the permalink.

4 Responses to 15 Day Book Blogger Challenge: Day 4, “What was the last book you flung across the room?”