(note: I chose to watch “Eight Miles High,” because it dawned on me that I’d watched movies with the number Eight in their title two consecutive nights. Could I make it a third? You betcha. The good thing is that the film’s American release title is “Eight Miles High.” I didn’t notice till after that the original German title is “Das wilde Leben” (The Wild Life). However, Netflix lists it as “Eight Miles High,” so my silly imaginary game can continue with a clear conscience)

Uschi (pronounced “hell-brat”) is bored with her life, as are nearly all teenagers, and begins hanging out in clubs. One night, a photographer from Twen magazine sees her, and asks if he can photograph her. He does, and she becomes a popular fashion model. She has a fight with her mother, who discovers photos in Ushi’s bedroom—topless, fashion shoot photos—and Uschi gets mad and hitchhikes away with her friend.

Forsooth and behold, a hippie-looking VW van picks the two girls up, and they end up in Kommune 1, a radical group of hippie-types who are going to solve Earth’s problems with bad conversations, worse leaflets, and even more horrible sitar music. Long story short, Uschi stays there awhile. Many of the activist/hippies don’t like her because she wears makeup and doesn’t seem earnest enough about solving the world’s problems with sitar music. Even more damnable, she’s mounting the head hippie protest guy, and—when they do get into an actual riot—all the newspaper pics show her.

Seriously, she’s really gorgeous and photogenic, and the rest of the freaks seem to have a phobia of combs and soap. Uschi grows tired of the endless, pointless “serious issues discussions” and weed smoking, and thus she flies off to London for a party thrown by the Rolling Stones.

After a couple weeks, she comes back to Kommune 1 long enough to collect her patchouli-reeking belongings, and the activists watch her famous, perky, well-traveled ass walk out of their hovel.

And thus, Uschi embarks on a life of modeling and doing whatever the hell she wants. She tours the U.S. with the Rolling Stones, and spends years on the road with a former München pimp. She seems to have the moral convictions, tenderness, and loyalty of a rabid feral cat, but God love her, she sees the whole damn world.

There’s no problem with Natalia Avelon’s portrayal of Uschi—she is truly beautiful, and her acting was really quite good, especially considering she has to be naked for a third of the movie. Just for giggles, I looked up Uschi Obermaier on Google, and the resemblance between Avelon and Obermaier is seriously uncanny. The problem is Uschi herself, at least as portrayed in the screenplay. She comes off as incredibly narcissistic. I know a lot of models are, but good Lord, I wanted somebody to smack her.

It’s funny. One of the two men she ever really loved was Keith Richards. I read Keith’s autobiography a month or two ago, and I remember a bit about a German model. I opened the Kindle, checked “Acknowledgements,” and damned if Uschi Obermaier isn’t right there. 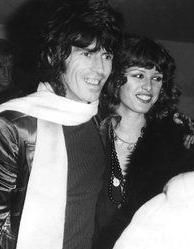 “Eight Miles High” is a decent film. The story it tells just happens to be centered around an unlikable protagonist.

(Eight Miles High (orig. Das Wilde Leben), Directed by Ankim Bornhak, No MPAA rating, but probably R for lots of nudity (some artistic, some sexual), lots of sex, drugs, and some violence. And even more nudity.)

B.A. in Literature, Minor in Film Theory and Criticism, thus meaning all I’m trained is to write blog posts here. Neptune is my favorite planet–it vents methane into the solar system like my brother does. I think Chicken McNuggets look like Pennsylvania, Illinois, and Indiana. There are times when I’m medicated, which is why I wrote about McNuggets. Buy some today and tell me I’m wrong! Anyway, Beyond that: mammal, Floridian, biped.Good Night, and Good Luck. Besos, tom
View all posts by tom →
This entry was posted in Based on a True Story, Films, Foreign. Bookmark the permalink.