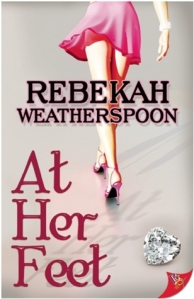 (nb: I received an Advance Review Copy of this title from the publisher via NetGalley)

The Mommy-dominant seeks a woman a few years younger whom they treat as a child. Sometimes, this partner can play an infant—diapers, breastfeeding, and all. To others, the toddler phase is more appealing. In Suzanne’s case, she wanted a Mommy who would treat her like a little girl. There can be varying amounts of pain and punishment within each relationship, depending on how spicy the two participants like it. Keep in mind that boundaries are set up front, and typically there are times for “straight talk,” conversations where the “game” is paused, and the two adults converse as equals.

When she looked through her Kinklife account, Suzanne found a beautiful woman who called herself Mami-P. Suzanne took a chance, and soon Little Suzy and Mami-P were together. Suzanne relished being doted over by Pilar—sorry, Mami-P isn’t her real name (Though it would be hella coincidental, no?)—and suffered her occasional spankings with lustful tears. Suzanne loved knowing that she could be grown-up, marketing genius Suzanne, when beneath her suit she was wearing little girl panties, and waiting to go home to be Suzy again.

Pilar and Suzanne grew closer still; they fell in love. Then one weekend, Suzanne was terrified, as Suzanne-world and Suzy-world—her professional and personal lives—collided. Suzanne’s head spun with the realization that either or BOTH of her carefully constructed worlds might soon collapse into rubble.

The important thing is the most basic, that “At Her Feet” paints a wonderful story about two women falling in love. While “the lifestyle” was the catalyst through which they met, Suzanne and Pilar have a definite personal chemistry that defies kink. I’ve had plenty of relationships where either I or my girlfriend needed more nurturing than the other. In “At Her Feet,” the nurture-imbalance is the same. It’s just handled within a different rule structure.

I loved the way author Rebekah Weatherspoon allowed Suzanne to grow more comfortable being Suzy. At the core, Suzy wasn’t necessarily supposed to act like an eight-year-old every minute, whining and begging for ice cream every time they went out. The Suzy part of Suzanne had to learn to trust that her Mami-P had her best interests at heart. The childlike trust was more important than the sex.

Not to say there isn’t a good amount of sex here—there is—but it doesn’t come off as being gross or inappropriate. The lovemaking didn’t mimic an adult and a child, but two adults, one of whom was more dominant. I mean, I wouldn’t recommend it to my mom’s Presbyterian Women’s Group Reading Circle by any stretch, but I don’t see how anyone who’s read the plot summary could be shocked.

“At Her Feet” is a smart, loving book about two smart, loving people who simply differ from the majority on what constitutes “normal.” The beautiful part—to me, at least—is that those idiots who would decry this book or its subject matter have probably walked by one of these couples in the supermarket, and never even noticed it.

“Different” isn’t always bad. In “At Her Feet,” “different” sparkles as a thing of true beauty.

B.A. in Literature, Minor in Film Theory and Criticism, thus meaning all I’m trained is to write blog posts here. Neptune is my favorite planet–it vents methane into the solar system like my brother does. I think Chicken McNuggets look like Pennsylvania, Illinois, and Indiana. There are times when I’m medicated, which is why I wrote about McNuggets. Buy some today and tell me I’m wrong! Anyway, Beyond that: mammal, Floridian, biped.Good Night, and Good Luck. Besos, tom
View all posts by tom →
This entry was posted in Books, General Fiction, LGBT, Romance. Bookmark the permalink.