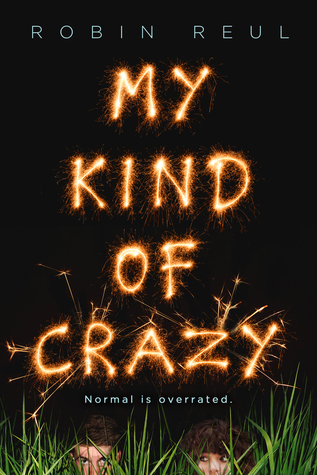 Were I in high school, I would totally have a crush on Peyton Breedlove. She’s one of those weird girls who wears tee shirts emblazoned with 1970’s rock band logos, and ripped jeans with smiley faces drawn on her exposed knees. She refuses to eat fruits or vegetables with skins.

Oh, yeah. And she’s a pyromaniac.

We all have our faults, though, right?

However, it’s not Peyton that high school senior Hank Kirby has in his sights for a prom date. He wants to ask one of the hottest girls in school, the beautiful, surprisingly nice Amanda Carlisle. Average guy Hank knows that to have any chance, he’ll have to devise something extra special to get Amanda’s attention and woo her into that all-important prom date. His plan seems brilliant.

One night, he sneaks into Amanda’s front yard, and sticks sparklers in the ground, spelling out “PROM.” He lights them, then calls Amanda’s name. She comes to the window just in time to see the huge cedar tree in her front yard burst into flames and threaten to burn down her house. Hank’s ingenious plan had basically turned into arson. Hank turns tail and hauls ass away on his bike, hoping he can escape.

When he discovers a missing piece of evidence, he returns to the scene, only to find the mysterious Peyton holding the incriminating sparklers box. She compliments him on his fire and returns the box.

Thus begins a friendship, a ride so wild Hank could never have imagined where it would lead.

That’s the beauty of Robin Reul’s novel “My Kind of Crazy”: the characters.

Everyone has their quirks. Hank’s best friend, for example, is a lazy-eyed Italian named Nick, whose father is rumored to have killed a man. The two are the type of friends who are thrust together by circumstance. Neither of them are horrible geeks, but they’re certainly not A-list popular.

All too soon, Peyton finds Hank and Nick in the cafeteria, and an interesting triangle is set up. Amanda and prom pretty much disappear from Hank’s mind, as he finds himself drawn to the troubled, mysterious Peyton. Then Amanda—who finds the arson/promposal intriguing—sets up an online questionnaire, trying to discover her would-be suitor’s identity so that she can accept his offer and go to prom with him.

Over 400 guys sign up, answering questions about how and why they performed the pyrotechnic act.

How the Amanda Carlisle sweepstakes turns out is just one of the great surprises in “My Kind of Crazy.”

There’s so much to love in this book. To me, the greatest joy in reading it is that Robin Reul obviously had a ball creating this world. Her characters all have their own brand of crazy working. Like all teens, there are parental issues, some worse than others. There are the standard issues all teens face—the inevitable awkwardness, even among the elite, the love for chili cheese fries, worrying about appearance, et cetera. But Ms. Reul loves her characters, and treats them all with affection, even when they’re at their worst.

“My Kind of Crazy” is an apt title, too. Everyone in the novel has their own set of oddities. Even the apparently flawless Amanda…I mean, who sets up an online contest for an unknown guy to be her prom date? Especially when the guy nearly burned down her house. That’s just weird.

What Robin Reul is able to do, though, is show that while we’re all crazy, sometimes our crazies mesh harmoniously, and we create bonds stronger than we ever imagined possible.

I once had a girl tell me, “The crazy in me gets off on the crazy in you.” (It turned out she was a complete lunatic, but it was still a great line)

In the end, Hank, Peyton, Nick, and even Amanda are all changed in their own ways. It’s a tweak of confidence here, a dollop of affection there, and a whole lot of self-discovery along the way. The ending leaves us with a sense that everyone will be okay. Nobody’s life will be perfect. Nick won’t be the lothario he dreams of being, and Hank will never be a hero like in one of his beloved comics, but we know they’ll be fine.

That’s what we do in this world. We make our way through as best we can, even though—as the song goes—“Mama, we’re all crazy now.”

By the way, that song was originally by the English band, Slade, then covered by Quiet Riot.

Peyton would know this. And that’s why I’d have loved her.

Most Highly Recommended
(nb: I received an advance review copy of this book from the publisher via NetGalley)

B.A. in Literature, Minor in Film Theory and Criticism, thus meaning all I’m trained is to write blog posts here. Neptune is my favorite planet–it vents methane into the solar system like my brother does. I think Chicken McNuggets look like Pennsylvania, Illinois, and Indiana. There are times when I’m medicated, which is why I wrote about McNuggets. Buy some today and tell me I’m wrong! Anyway, Beyond that: mammal, Floridian, biped.Good Night, and Good Luck. Besos, tom
View all posts by tom →
This entry was posted in Uncategorized. Bookmark the permalink.